The region of south-eastern Albania is known for its towns such as Berat, Girokastra, Korca, Librazhd, Permet, Pogradec and Tepelena.
Berat is a 2413 year old city, located on the UNESCO list. The Gyrokastra is also on the UNESCO list and is one of the most famous tourist destinations in Albania.
Korca is one of the largest economic and cultural centers.
The second name for Permet is the city of Rose. Pogradec is a city located on the shores of Lake Ohrid.

North-eastern Albania is famous for its capital city of Tirana, but also in the cities of Bajram Curi, Kukes.
Bajram Curi is a town in the mountainous part of Albania which is famous for its cleanest river water.
Kukes is a city that is also located in the mountainous part of Albania, and the interesting thing about him is that due to the construction of the hydroelectric power plant it has to be dislocated.

The coastal belt of Albania is famous for the cities of Skadar, Durres, Valona, Lješ.
The city of Skadar continued in the 4th century BC, making it one of the oldest cities.
Durres is the largest seaport in the country, and is 3,000 years old, making it the oldest town in Albania.
Valona hosts the second largest port in Albania, and is rich in historical and antique city.
There is another Albanian antique city, which was known as Lissus. 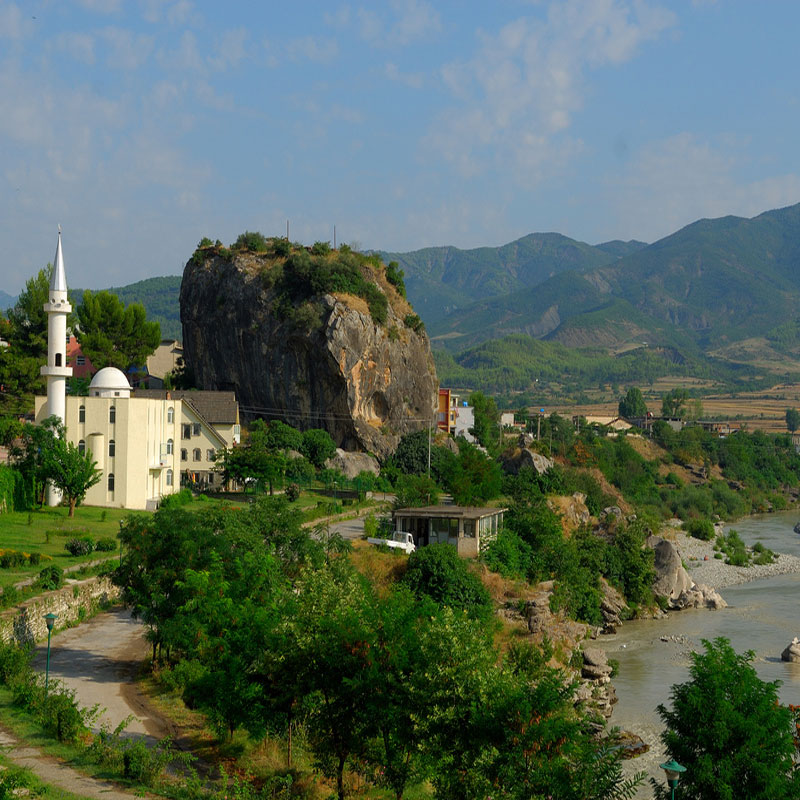 Sidni Hoxha is Albanian swimmer who participated for the first time in the 2008 Olympic Games in the 50 m freestyle. Back then he was 16 years old.

Mother Teresa was a Roman Catholic Religious Sister and missionary of Albanian origin, who spend the most of her life in India. In 1979 Mother Teresa received a Nobel Peace Prize.

Tony Dovolani is Albanian ballroom dancer, instructor and judge born in 1973 in Pristina. This famous ballroom dancer lives in New York is known by the participation in American version of Dancing with the Stars.

Ismail Kadare is a famous Albanian writer who was born in 1936. In 1996 Ismail became a lifetime member of the Academy of Moral and Political Sciences of France. He lives and works in Paris, and his works have been published in about 30 languages.

Lorik Cana is a famous Albanian football player who plays for football team Lazio. Cana is a player of football representations of Albania. In the pas he played for Paris Saint-Germain, Marseille, Newcastle United, Sunderland, Galatasaray.

Ahmet Zogu was know as Skenderbg III was a prime minister, president and eventually king of Albania.

Masiela Lusha is an Albanian-American actress, author, producer and humanitarian who first gained recognition after starring in film and TV projects such as the Emmy Award-winning ABC series George Lopez and Sony Picture's Blood: The Last Vampire.